Norman Osborn is nuttier than a bag full of cats.  Or at least he was until recent developments in comics.  Crazy or not, he has always been a thorn in Spider-Man’s side and most likely always will.  Sure he has been an enemy of the Avengers as Iron Patriot, but even then we always knew it was just a matter of time until we saw Osborn’s true identity and Spider-Man’s greatest archenemy, the Green Goblin.  Norman just about nailed his costume right from the start, which has meant he hasn’t changed costumes very often.  What this means is the we had to scrape the bottom of his clothing barrel to find his top five costumes.  We might have picked his top five in the end, but that does not mean that they are all good.  We had a clear worst of the bunch for dishonorable mention, but honestly we could burn most of them and be happy.  So join us as we take a look through Osborn’s mistakes and his wins from his closet, just watch out for the pumpkin bombs lying around, those can be just a tad dangerous. 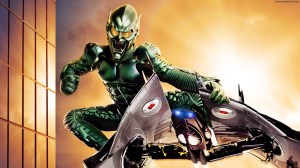 5.  Spider-Man Film:  It really has to tell you something about Norman’s wardrobe options when this makes his top five costumes.  Honestly, we don’t absolutely hate it.  That doesn’t mean we really like it either.  If nothing else, we can say that it was better than anything either Harry Osborn wore in the original trilogy or The Amazing Spider-Man 2.  The metal suit makes him look more like a robot than a goblin, with the exception of the helmet.  Speaking of the helmet, was it that big of a surprise that the government pulled his funding when he designed something for the military that looks like this?  They must have realized he was just a little disturbed from this design. 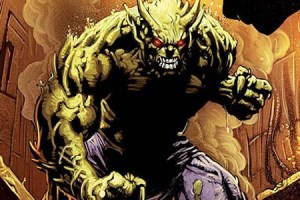 4.  Ultimate:  Lucky for Ultimate Norman that he has had even worse duds than this.  We can imagine the thought process here.  Hey, he’s named Green Goblin, so what if we actually made him into an actual big green goblin.  Wouldn’t that be cool?  No, no it is not.  He looks pretty ridiculous here and looks slightly more like the love child between a drunk Hulk and Abomination than the Green Goblin. 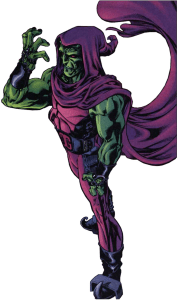 3.  Mutant X:  Finally we get to a Green Goblin costume that is not absolutely terrible.  While we cannot say that we love this either, but it does have some nice features.  Turning his goblin hat into a cloak and cape was actually a nice addition for the character.  It also sticks close to his original costume which works well.  What we really do not like is his belt.  It looks like a weight lifter belt, as if he needs to protect himself from hernia. 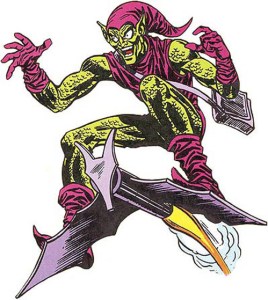 2.  Original:  Norman’s original costume is really why he does not have a full closet of costumes.  This was just about nailed right from the start.  The maniacal mask starts the ball rolling, but the suit of green skin completes his goblin look.  We love the purple paired with the green, the color contrast is nice, but also purple always suits a villain.  The purple clothing itself is fairly minimal, but it lets the goblin suit be the real star of the ensemble.

1.  2000’s:  We have a feeling there might be some disagreement here, but Humberto Ramos’ design for Norman’s costume is are favorite.  Since we laid eyes on it, we were in love.  It takes many of the key areas of the original costume, but has some better additions.  First, it brings the required mask and his purple gloves and boots.  What we like better is the top and bottom.  While the purple shirt and shorts are nice on the original, it looks better here having a full set of padded clothing on.  Especially compared together, the original looks more like the drunken hillbilly Green Goblin, while this looks more like the dangerous, professional Green Goblin.  We’re just sad that this costume was used so little and really wish that it could make a return one day. 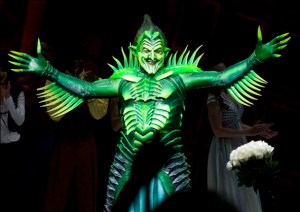 Spider-Man: Turn Off The Dark:  Why does the Green Goblin have unripened bananas coming off his arms?  Or are those supposed to be spikes?  We really can’t tell.  Never in a million years would we close our eyes and picture a goblin looking like this.  Well, maybe if we pictured a really diseased, and we mean really diseased, sick Goblin that only had hours to live.  The mask itself, well we can’t decide if it’s supposed to be scary or if it’s supposed to make us want to punch him in the face.  We’re leaning towards the punching.  If Norman goes around wearing this, he deserves a goblin glider to the chest.  Just saying.