With Disney now owning both Marvel and Star Wars, Dark Horse’s long reign with the comic rights is coming to an end this year.  With Marvel taking over, today at SDCC they announced their plans for the property this January.  They are planning on three series to begin with. 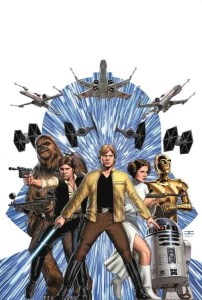 The first ongoing series announced was Star Wars and is being written by Jason Aaron with art from John Cassady.  It will focus on the original main cast and will take place directly after Episode IV A New Hope and the Battle of Yavin. 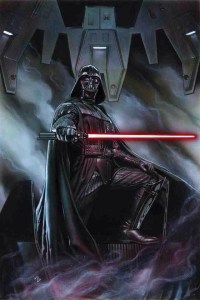 Next up was a second ongoing, character specific series, Star Wars: Darth Vader written by Kieron Gillen with art from Salvador Larroca. Again it will focus on the events after Episode IV A New Hope and the Battle of Yavin, but will feature Vader trying to prove himself to the Emperor once again. 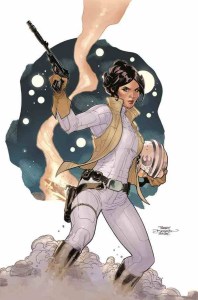 Finally they will release a five issue mini-series, Star Wars:  Princess Leia written by Mark Waid with art from Terry Dodson.  It will focus on Leia’s journey of being a Princess and then becoming a leader in the rebel alliance.