Zombotron began as a Flash action platformer series, made nearly eight years ago by Ant.Karlov. It has been updated for Steam and features more enemies, environments, and guns than ever before. It has the nostalgic feel of old classic Nintendo games like Blaster Master or one of the Castlevanias. Let’s see how this holds up.

You play as Blaze Rush, a mercenary whose parents must have been celebrities to get away with naming you something so ridiculous. The game begins as Blaze lands on a dangerous alien world after following a distress beacon. He and his robot pal, Ash, learn to navigate the rocky terrain and are soon set upon by angry zombies.

The hand-drawn graphics are beautiful and give the game a retro feel while maintaining a gore-fest you would expect when shooting alien zombies. Unfortunately, this look soon becomes repetitive as the enemies have little variation and the backgrounds consist of endless caverns painted with muted browns and greens. Accompanying the graphics are basic sounds such as the constant “pew pew” of Blaze’s guns or occasional fuzzy explosion from a bomb.

The gameplay is very reminiscent of the old games it is trying to emulate, washing over you like a nostalgic tidal wave of pain and regret. The simulation of NES games is complete with frustrating controls, pixel-perfect jumps, and wonderful getting-stuck-in-the-world glitches! Many times did I die to jumping to a ledge I thought was there or being unable to get out of the way of an attacker in time because my foot got stuck on the smallest of pixel rocks. And many times did I get trapped under physics powered world objects and have to restart. Many, many times. 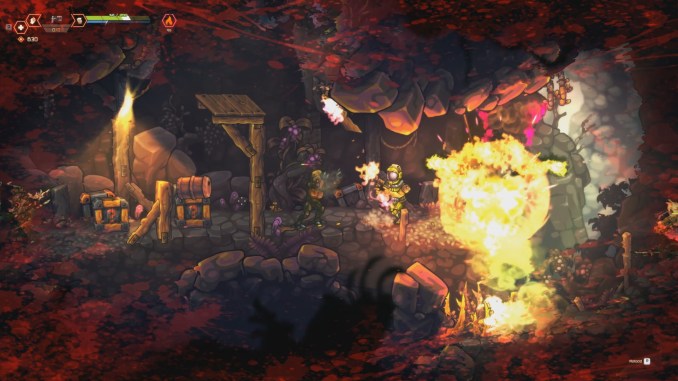 Also, unlike most run and gun games of yore, you have to be careful as ammo is extremely limited. That’s right, not only is this game difficult but there is a survival element in Zombotron. This makes headshots and using the environment to kill creatures even more important. The only true ego smashing thing missing is that the game actually has save spots during a level instead of making you start completely over like they did in the olden days. Don’t let people tell you things were better “back then,” kids, we just didn’t know any better.

The controls are odd and, admittedly, I did get better with time, but movement in the game still felt clunky. A challenging problem when shots have to be precise, even with a mouse. Having said that, there is tremendous fun in shooting zombies in the face or dropping crates on them or blowing them up with grenades or dropping them down an elevator shaft, or run over them with a giant tank, and on and on. The sheer amount of ways to kill and blow things up is very satisfying. 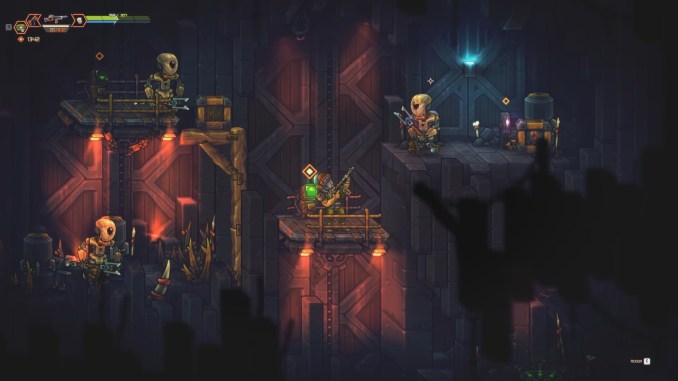 Overall, Zombotron is a fun challenge for players that love platformers or fans of the original Flash versions. Just be ready to buy a new keyboard when you break one in frustration.