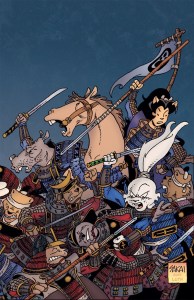 First up a brand new six issue mini-series will be dropping, Usagi Yojimbo:  Senso.  As Dark Horse describes it:

Twenty years in his future, Miyamoto Usagi fights as a general for Lord Noriyuki, against the treacherous Lord Hikiji. In the fury of the final battle, a metal rocket crashes to earth—and inside is an enemy that neither side could have ever imagined! Witness the final fates of your favorite Usagi characters, in this all-new samurai epic with a startling science fiction twist! 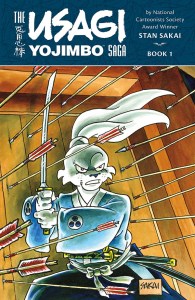 Next up, fans will be able to reacquaint themselves with the epic in The Usagi Yojimbo Saga Volume 1.  It will collect Usagi Yojimbo Vol. 2 #1–#16 and Vol. 3 #1–#6 and arrive in a limited hardcover and softcover omnibus editions.

Movie News: Will The Scarlet Witch and Quicksilvers Have Accents In Avengers:AoU