It’s hard to believe that Batman has been around for 75 years!  The caped crusader has seen many adventures over that long time period and has kept on kicking ass.  75 years is a long time not to get a little antsy with the old thread and needle, though, to modify the bat suit here and there.  He has gone through a lot of suits in the comics, not to even mention his film wardrobe, which we are not getting into yet.  We went through them all and found our favorites of all the iterations for you to see along with the one that needed to be retired for good as our dishonorable mention.  Let us know if you think we chose well, or left out your favorite. 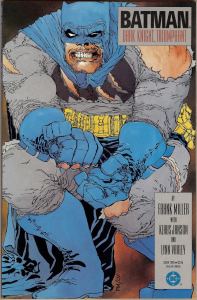 5.  The Dark Knight Returns:  It’s hard to find much fault or not like anything Frank Miller designs.  Miller crafted an excellent Batman that showed his age and that he wasn’t at the top of his game.  A complaint I do have though is that the Bat logo on his chest is a little to blocky for my taste, and the ears on the cowl are just a little short, so they don’t really pop. 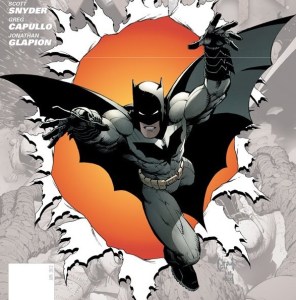 4.  New 52:  The New 52 brought us the first of two Jim Lee designed Batman costumes to make the list.  It is a nice design, the logo on the chest is just a tad undefined.  He most definitely fits the description of the Dark Knight here as he is almost completely mono shaded here 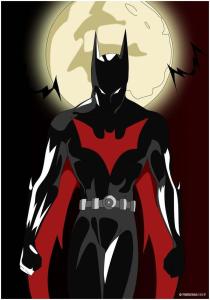 3.  Batman Beyond:  A costume Bruce Wayne wore only once in the original Batman Beyond animated series, but that doesn’t change the fact it is a fantastic suit.  Terry McGinnis wore this as an excellent homage of whose role he was taking over, but also bold enough to be different.  The red with black is a very nice touch;  they could have just kept some yellow and blue in it, but it was a wise choice.  Dick Grayson could have used more of his own personalization during his time as Batman.  He looks much more ninja like, very stealthy, while also calling out the iconic symbol on his chest. 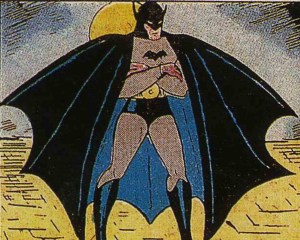 2.  Original:  The original suit Bruce donned was one of the best.  This costume is much more terrifying then anything else he has worn since.  It looks closer to an actual Bat that any other from the cape style, and the ears on his cowl.  There is very little color which Batman does not need.  It almost made the top of the list if not for the purple gloves.  It almost foreshadows that Prince would one day do the soundtrack for the 90’s Tim Burton film.  They tried to warn us in the 30’s and Burton did not take heed to stop it. 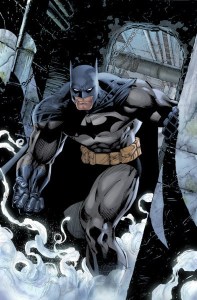 1.  Hush:  This fantastic costume was developed by Jim Lee for use originally during the excellent Hush storyline.  The cowl is well defined and has the best proportions on the ears.  The bat logo on his chest is well defined and skips the yellow around it which is counter-intuitive to hiding in the shadows.  While all of the costumes to make the top 5 for us were great, this is the most well rounded suit, one we which DC would not have stopped using. 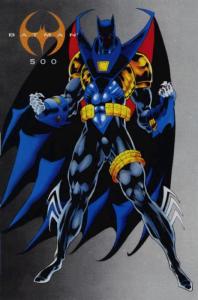 Azrael:  Lucky enough for Bruce he didn’t have to step foot in this costume, or unlucky depending on how you look at it considering Azrael donned this costume after Bruce’s back was broken by Bane.  It almost looks like Tony Stark got involved and decided Batman needed to look slightly more robotic and clunky.  Hiding in the shadows as the dark knight gets a little harder to do as well when he has that much yellow on.  It’s no wonder that Bruce trained so hard to recover from his injuries, it wasn’t from Azrael’s brutal, unhinged tactics, it was because of his horrible fashion sense.  Batman has a reputation to maintain after all.