1.  If you have never checked out the amazing posters from Mondo, you are seriously missing out.  Tomorrow Mondo is going to release their Captain America:  The Winter Solider posters for sale at some random time.  You can follow them on twitter and watch out for the announcement, but if you want them be warned, these sellout within minutes! 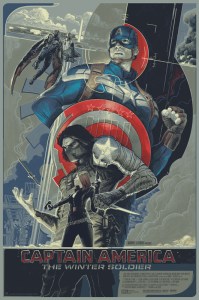 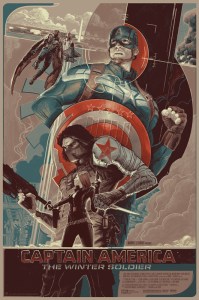 2.  What will you be doing in 2021?  Don’t have your plans that far in advance yet?  Marvel is thinking further ahead than you if you haven’t.  Marvel movie producer Kevin Feige has revealed that Marvel currently has movie plans through 2028 at the moment.  That’s a whole lot of comic book movies coming our way in the future, try to free up some weekends for the next several years for some awesome midnights!

3.  Batman vs Superman has beefed up its cast with three new additions today.  Callan Mulvey, Tao Okamoto, and Holly Hunter have all been officially cast in roles that have been created specifically for the movie.

1.  After seeing Captain America:  The Winter Soldier this weekend, you may be so hyped up with Cap adrenaline, having your own Chris Evans might sound like an awesome idea.  Hot Toys is making this easier as they have revealed two new Steve Rogers figures coming soon. 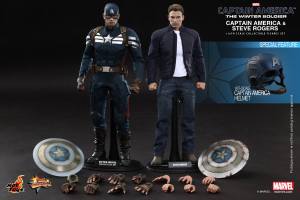