Our first Battle of the Cosplayers for Lexington Comic and Toy Convention has finally drawn to the end!  We had a huge voter turnout, much more than we had expected, so first off thank you to everyone who took the time to cast their vote for their favorite cosplayer.  The number one thank you of course goes to the wonderful cosplayers who attended the convention this year; everyone who dressed up looked fantastic!  The race was very close and almost on a daily basis had ups and downs in the rankings.  In the end though, we do have our official winners for first, second, and third, so without further ado, here were the results. 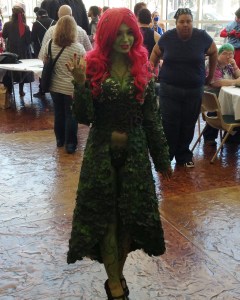 This was an amazing Poison Ivy costume!  We have seen a lot of Poison Ivy cosplayers before but this was the best and most intricate by far!  The amount of detail that went into it is incredible! 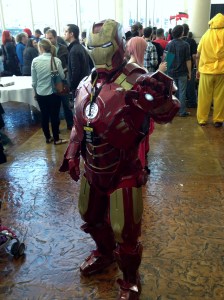 This costume has probably more time put into it than Tony Stark ever did on his!  The picture alone doesn’t do it complete justice, check out his page at CincinnatiIronman.com to see this creation come to life.  We are in awe of how awesome this is. 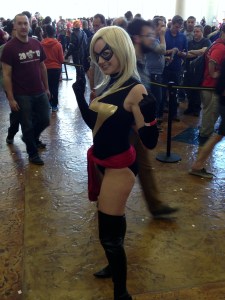 This Ms. Marvel costume was spot on!  Honestly we haven’t seen a ton of cosplayers dressed up as Carol Danvers before, but with constant rumors that she will pop up in a Marvel movie, we’d imagine we will see a lot more.  Anyone thinking of dressing as Ms. Marvel in the future should take stock of this perfect example of how its done!  Congratulations on the first place finish!

We hope to see everyone back at Lexington Comic and Toy Con 2015 for some more amazing costumes!  For now though, our next stop will be Gem City Comic Con on April 5th-6th for our next Cosplayer Battle, followed by C2E2 on April 25th-27th, so make sure to check back and continue to support your favorite cosplayers!

Lexington Comic and Toy Convention 14 Battle of the Cosplayers Poll